Home / Blog / Advocating for the Homeless 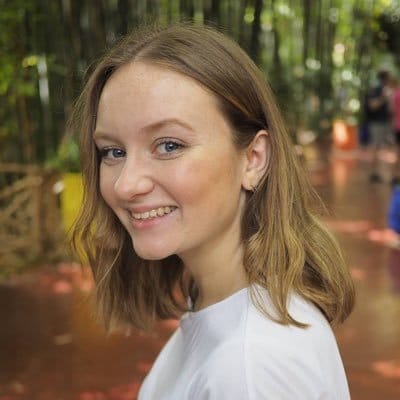 Heather Wilson recently qualified from The University of Edinburgh with a first-class honours degree in Nursing Studies. During her time as an undergraduate, she was engaged in several policy-based societies and undertook a clinical elective in New Zealand. Heather is now living in London and works in the policy directorate of a large charity. She also undertakes bank shifts at a London Hospital and volunteers with a homeless charity, providing clinical care in an outreach setting.

In this blog, staff nurse Heather Wilson discusses the impacts of homelessness on an individual’s health and her engagement with homeless people in her local community.

I moved to London in September last year. I was overwhelmingly excited coming from a rural village in Scotland and having lived in Edinburgh while at university. The prospect of living in ‘The Big Smoke’ was hard to fathom. Eager to experience living in a city of almost nine million people, I made the journey south.

As I stepped off the train in my new neighbourhood, I began the twenty-minute walk to my new home. Within that timeframe I walked past eight homeless individuals, mostly congregated just outside one of the busiest tube stations. That short walk has now become part of my daily commute. I have started to recognise the faces and belongings strewn across the pavement. I see these people every day, perhaps more than I see my friends, yet I don’t know their names or stories.

Each time I passed that stretch of road I felt guilty; I didn’t know what I could do to help. Would offering a cup of tea or dropping some change into a laid-out hat really help that person? Such thoughts didn’t stop me noticing the bare feet, the thin clothing or the look of exhaustion etched across the faces of those I passed.

Each time I passed that stretch of road I felt guilty; I didn’t know what I could do to help.

Health Problems of Living on the Street

The insecurity of homelessness brings about a range of health concerns. Physically those individuals may experience skin conditions from the cold, wet environments, dental problems are commonplace as are respiratory issues. Heart disease and diabetes are prominent.

Those who are homeless are four times more likely to have a mental health problem including anxiety and depression or suffer from epilepsy. If you are homeless, you are nine times more likely to commit suicide. It is no shock that often in these situations individuals turn to drugs and alcohol to find solace, yet often this leads to dependency that furthers poor health outcomes. Homeless people tend to die young; the life expectancy compared to the general public demonstrates a huge difference. These living conditions are robbing women of 40.1 years of life and men of 32.5 years.

The Margins of Society

These people who are being failed are often considered on the margins of our society, but with homelessness on the rise, those individuals are becoming progressively central to our population. The number of those deemed ‘rough sleepers’ is continually climbing as is the number of families relying on temporary housing. Young people too are experiencing homelessness but are frequently hidden from the public eye as they sleep on friends’ sofas or in their cars.

Policy fails to address the causes of homelessness or the difficulties in readjusting to life once housed. At service delivery level, there is emphasis on short-term solutions such as immediate medical care or emergency foodbanks. Often existing mental health problems, complex social circumstances and negative experiences of public services force people into a lifestyle that perpetuates the cycle. An emphasis on the root causes of the issue, in addition to accommodating people into supported housing, would arguably be the most effective means to securing successful rehousing for this community.

A long-term solution to the problem is not as simple as providing housing. Healthcare could be considered a vehicle to delivering overall care and support, but this demands effective policies and systems that can cope.

How Can Nurses Help?

As a nurse, I feel compelled to help. Our Nursing and Midwifery Code (2015) states that we must ‘act as an advocate for the vulnerable’ and as I consider the rise in homelessness, I become convinced that in this case, we must advocate on both an individual and collective level. Yet when we consider the services currently in place, many focus on individual elements of the issue. There is no overarching and comprehensive programme to address this societal failing.

As a nurse, I feel compelled to help.

As nurses, we must consider our duty to advocate for the vulnerable, regardless of the complexities or political tension surrounding the problem. We must continue to demand improvements, advocate and lobby for the appropriate response to the ongoing rise in homelessness. We are often the profession that has the most interaction with these individuals and we have the ability to, as a cohort, drive the movement that will bring forward the day when every person in the UK has a safe and supported place to live.

It is paramount that we incorporate this ethos into our work, because unfortunately some loose change in a hat isn’t going to solve this problem, and nor are the ineffective policies that are presently in-situ.

The inequalities of homelessness- how can we stop homeless people dying young? – Gov.uk

Facts about Homelessness and Health – The Queen’s Nursing Institute

Record number of people sleeping rough in London – The Guardian

Photo by Nick Fewings on Unsplash.