Home / Blog / Opening my garden for the National Garden Scheme

Opening my garden for the National Garden Scheme

On 11th June 2017 I’m opening my garden in north London for the first time, for the National Garden Scheme.

Each year thousands of individual garden owners all over the country open their gardens to the public, raising funds for nursing and caring charities, including The Queen’s Nursing Institute.

It was in May last year that I thought – I could do this! I’m lucky to have a fairly big garden in Tottenham, where I’ve lived for about 15 years. Gardening has always been a hobby for me and I wanted to be able to share this with other people and raise money for good causes at the same time.

I sent some photographs of my garden to Penny Snell, the NGS London county organiser. She thought it looked promising so she arranged for me to have a visit by Susan Bennett, the assistant county organiser for my part of London. I must admit I was expecting a rather forbidding person with a clip board and check list, and spent several days beforehand digging up dandelions and trimming hedges. In the event, her visit was very informal and friendly and my garden got the thumbs up! Susan has been a source of inspiration and encouragement ever since.

So I decided to open the garden in June 2017 thinking, I’ve got 12 months in which to prepare, that’s loads of time! Well, I’m not sure where the 12 months have gone, but it’s now only a couple of weeks away and I still have a long list of jobs to do, because nothing ever goes totally to plan, does it?

Challenges along the way

In the middle of last year the Heath Robinson system of strings, wires and poles holding up my grape vine blew down in a gale. I had to untangle the mess, prune it heavily and then try to get it vertical again with new wires and poles, which is something of a tricky job for one person working alone.

On Guy Fawkes Night, a pane of glass in the roof of my greenhouse was taken out by a falling rocket. It was a 4×2 foot pane of toughened glass and it shattered into about 10,000 pieces which fell like snow all over every plant, trickling down into the compost. Removing it has been almost impossible – luckily the individual pieces are not that sharp.

In late November there was a sudden hard frost. London gardeners will know that this is a rare occurrence and it certainly caught me out. I have a Japanese banana plant (Musa basjoo) and some other tender plants that need protection from frost – bubble wrap or similar. Before I had a chance to wrap them up they all froze solid overnight. I thought they were probably dead. Happily, the banana and most of the others have come through – in the end the only casualty was a purple oregano plant.

Slugs and snails were the biggest bane of last year though, their population booming after a mild, wet winter. They ate all my potato plants. They ate my wildflower meadow. They ate my sweet peas. I could write a whole blog just about garden molluscs, but you probably wouldn’t want to read it. Getting desperate, I found a lot of useful information online, e.g. www.allaboutslugs.com/. It suggested growing more plants that slugs dislike. In one part of the garden where the slugs had eaten everything, I decided to create a garden composed only of plants that slugs do not eat – for example lavender, rosemary and penstemons. This is now doing quite well.

Spring in London has been very dry this year, so slugs and snails have not been a problem. The drought lasted about six weeks from March into May, a time of year when the garden really needs rain to get plants growing. At the time of writing, monsoon conditions have finally arrived and everything has had a very good soak. 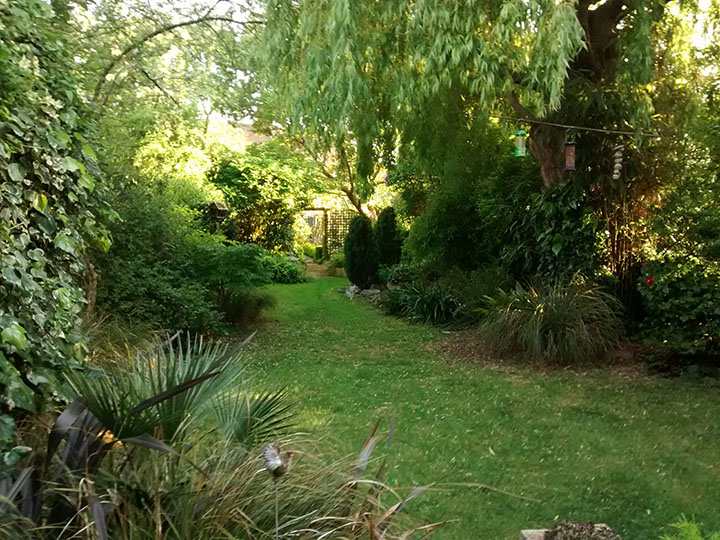 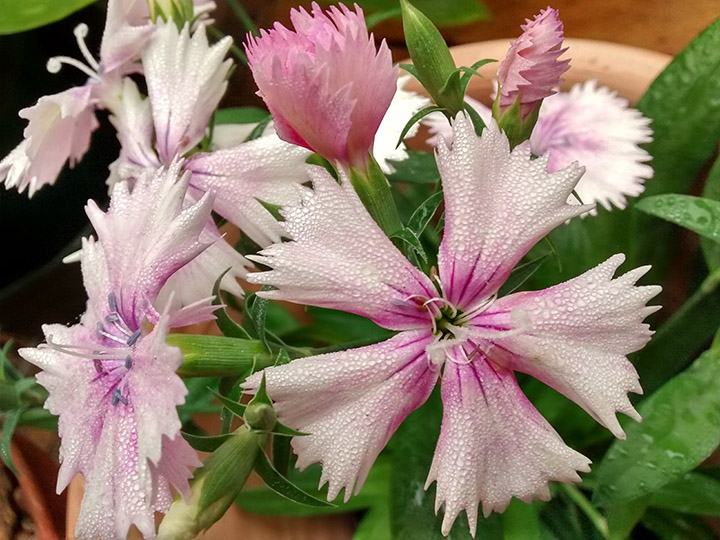 There will be tea and homemade cake on the day and my family have been very helpful in finding vintage cups and saucers and other vital equipment. I’m also very grateful to my colleagues at the QNI, family and friends who have volunteered to make cakes (I can’t bake!) and help with serving the teas and other jobs.

My father has also been growing plants for the event. We’ll be having a plant and seed sale, including heritage varieties of tomato, strawberries, succulents and flowers.

Of course all will depend on the weather on the day – so pray for sun, come and support us and enjoy an afternoon out that also raises money for good causes at the same time.

I’ll write another blog soon after the event and some photographs.

All the information you should need is on the NGS website. There is free parking on the street outside and the nearest Tube station is Turnpike Lane on the Piccadilly Line. If you’d like any more travel info or have any other questions just email me.

There are two other gardens in Tottenham opening on the same afternoon, so you could combine a visit to those as well.

About the National Garden Scheme

The scheme is a national charity that began in 1927, originally to raise funds for The Queen’s Nursing Institute. Today it opens nearly 4000 very diverse gardens across England and Wales and raises millions of pounds each year, supporting a whole range of nursing and caring charities.

This year it celebrates its 90th anniversary.