In 2013, the QNI carried out an investigation into the number of District Nurse courses being offered at universities in England, Wales and Northern Ireland. In 2014 the exercise was repeated, and extended to include Scotland. The QNI now intends to carry out this survey annually.

The original report revealed widespread and significant concerns in the number of new District Nurses being educated. The numbers being trained are nowhere near the ‘replacement level’ required to maintain the District Nursing workforce, which has shrunk rapidly over the past ten years as experienced nurses have left the role, principally through retirement.

The 2013-14 report indicated an overall improvement in the situation over the past 12 months. The 2014-15 report again indicates an uplift in overall numbers, albeit at a slower rate. The QNI remains concerned that the number of new District Nurses being trained will not meet workforce demand. 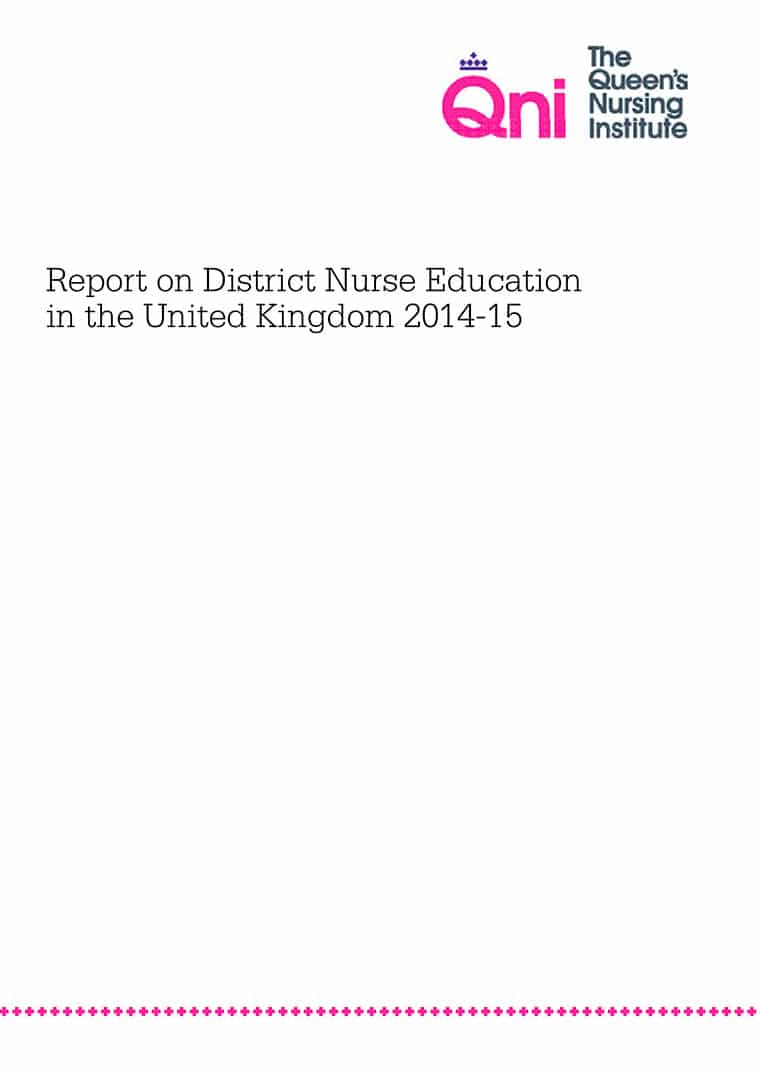