Home / Blog / The QNI in the Nursing World

The QNI in the Nursing World

The programme offers nursing leaders a chance to learn about political strategy, policy making and influence from a wide range of esteemed nursing leaders. My fellow GNLI scholars, drawn from 20 countries, are amazing nursing leaders and collectively we learn so much from each other.

Covid-19 has illustrated the importance of ‘thinking globally and acting locally’ as across the world everyone has shared their experiences and support each other to tackle the pandemic. The International Council of Nursing has played a key role in sharing information alongside the World Health Organization.

GNLI does not represent my first experience of global nursing leadership. I have been lucky enough to work with colleagues from eight different countries across four continents. As QNI Chair and a trustee I have worked in Grenada in the Eastern Caribbean alongside community nursing colleagues, pharmacists, and district medical officers to develop palliative care and symptom control.

Together with my friend and colleague Dr Guy Tucker, QNI Fellow, and Dr Ged Corcoran a Consultant in Palliative Medicine we delivered training to hundreds of nursing and healthcare staff. What struck me from this experience in 2015 was how similar the system of community nursing and primary care is to the UK. It comes as little surprise to learn through further research that the system of community nursing was developed on the island with the help of the Queen’s Nursing Institute.

I have also been lucky enough to work with nurse educators in Thailand to develop education using simulation. Later I worked with a range of academic staff developing University teaching which I have also undertaken in Ghana, Hungary, China, Vietnam, Bahrain and Ukraine. 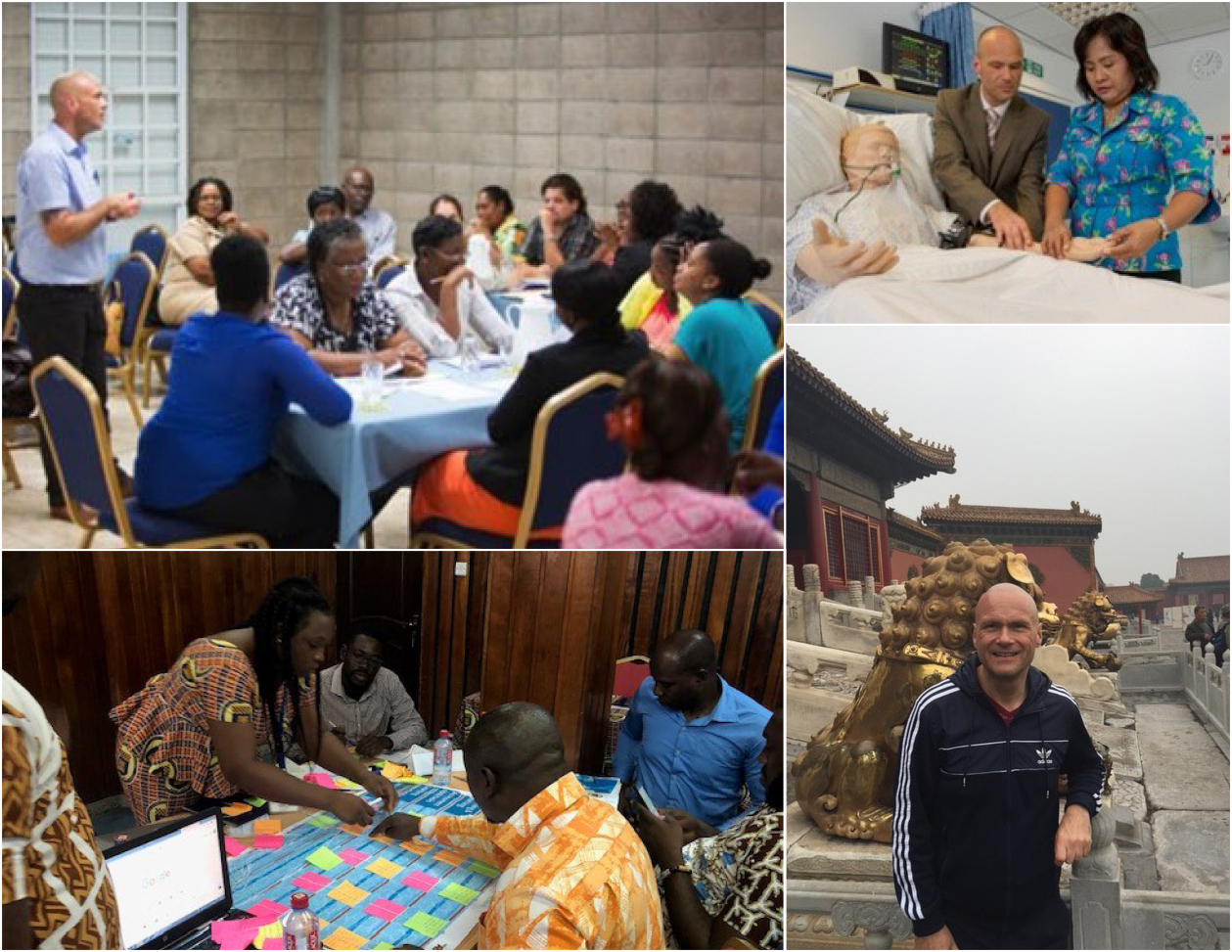 One of the things which surprised me when working with colleagues from around the world is how the issues are fundamentally the same whether you are in Asia, Africa, or Europe. All countries struggle with getting the nursing voice heard, access to continuing education and fair pay and working conditions. Each country has a slightly different contextual background, but we can all learn from each other in terms of solutions.

The Queen’s Nursing Institute has almost since its inception developed nursing globally. Queen’s Nursing Superintendents attended the first formal meeting of the International Council of Nursing (ICN) in 1899 in London as well as a subsequent meeting in Buffalo, New York State in 1901. Three staff later attended and presented on district nursing at the first quinquennial meeting of the ICN in 1904 in Berlin. At the time, the then Queen Victoria Jubilee Institute for Nurses (Q.V.J.I.N.) as the QNI was then called, was described as the only example of an organised national body of nurses in Britain.

Throughout its existence, the QNI has supported the development of community nursing in countries as far flung as Australia, Jamaica, Canada, and Thailand. This has included help and support on the ground with implementation and the sharing models of good practice.

Many of the services developed provide a neighbourhood and district approach which was characteristic of district nursing in the UK from the Institute’s inception through to the 1970s, when General Practice alignment became more common. So, the notion of neighbourhood nursing pre-dates the report from our friend and QNI Fellow Baroness Cumberlege on Neighbourhood Nursing. The QNI’s international work continues today with the QNI regularly (pre-pandemic) hosting visits from national nursing associations who wish to find out more about community nursing in the UK.

Dr Crystal Oldman CBE, the QNI’s Chief Executive was lucky enough to visit Australia and New Zealand in 2017 as part of the Sir Winston Churchill Travelling Fellowship, sharing details of community nursing in the UK and learning about services in those countries. Her report from the Fellowship can be read here.

As I enter the final module of GNLI and start to work with colleagues in Europe on nursing policy I look forward to supporting the development of community nursing and primary care across the globe, together with the QNI team.

To read about the history of district nursing globally, go to www.qniheritage.org.uk/history/worldwide/